I’m pretty sure it was a horde of locusts that swooped down on my beloved sunflowers thwarting summer gardening dreams of black seeds for my winter wild bird feeding habit.That’s my story, but I’m ah, not sticking with it. Because it was actually something far less sinister that brought on the demise of my sunflowers before they reached seed stage.

It was me, and my inattentiveness.

The fact is, good intentions alone are not enough to bring a plant to its full genetic potential, especially for plants towering upwards of 10’ and with stocks almost an inch in diameter.

The problem was simply this: I vastly miscalculated just how much water it takes to sustain plants of this magnitude. As in gallons daily, not quarts every other day. 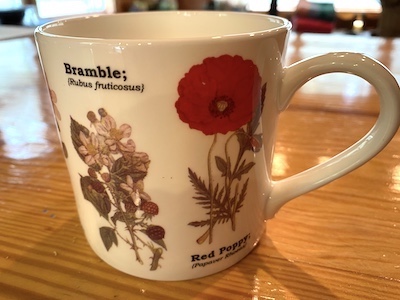 Then there was the pest issue, which seems to have come hand-in-hand with my watering issue. As each main flower drooped, it became a prime target for something unseen – bugs and maybe even some deer. Though it never occurred to me to use an organic pesticide, and I suspect even if I had at the time I discovered my blight, it would have been too late.

I don’t feel all that bad about it; at least some sort of life found sustenance from my sunflower gardening efforts, even if it was just insects the birds eat in turn. And I learned tons about starting them early indoors, so I had 8 foot flowering plants in early July. And the sheer beauty of the flowers confirmed what I suspected: of all the things I planted: Cauliflower, Brussel Sprouts, Beets, Spinach and Onions, my flowers brought me the most joy.

Frankly, I just didn’t have the time or focus for my garden I did during pandemic times. And that’s what it takes, some dedicated time, and a commitment.

Seems it also takes better research on what I’m planting too. Because it wasn’t only the sunflowers that suffered under my hand; my cauliflower got consumed by something and goodness only knows what’s happening to my Brussel Sprouts, which I learned require lower leaf trimming; though most of leaves had been almost fully munched by unseen herbivories by the time I learned this technique. (Though I still may get some yet – they do seem to be sprouting!)

My gardening pride and joy this season has been yet another flower I’d planted last year: chamomile. While it closely resembles a miniature wild daisy-like flower we have growing all over our land, as I looked closer at the plant itself where I’d sowed seeds outside my garden, its fine fern-like stems tipped me off to them. And also fact that, like strawberries, it takes two years to get good flowers (which I was able to harvest twice over 3 weeks).

And, unlike my other plants (such as my string beans and pea pods last season), for which harvesting seemed like work I simply enjoyed picking the small flowers. I let them sun-dry on a large plate, and then used my chef’s knife to break up the flowers, which I packed into an antique brass tea steeper. You immediately notice: the bouquet of the dried flowers is just so much more poignant and wholesome smelling than store-bought Chamomile. And the tea is simply delicious … and relaxing!

The open space where I took out my sunflowers presents me with new opportunities for a second wave of crops, and my answer is simple. More flowers. 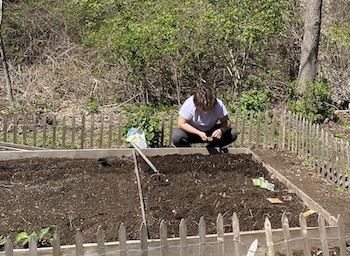 Of course, I have other options too. Spinach is a fast-growing cool weather crop; and surely some lettuce would thrive for the next couple months.

But would I have the time or desire to harvest them when they are ready? Probably not. And frankly, it’s probably cheaper to buy these items than it is to grow them. But it’s good to know I could if I needed to.

So for now it’s flowers, which will give my son’s part of the garden – especially his cukes & string beans – the freedom to spread out as they will.

And you know, I also feel good about my son’s new-found interest in gardening. We also made a killer batch of my sautéed spicy garlic string beans recipe with part of his harvest, which we both thoroughly enjoyed. So now not only can he grow veggies, he knows how to prepare them too.

For me, it’s all about little victories, and surely my son’s enthusiasm for gardening is just that.

And, despite my sunflower failure, please don’t worry. My wild birds will be fully fed this winter, just as they feed me and my well-being, all year long.

Tom Lanen is the ‘marketing guy’ for the 4 MA New England Hydroponics stores and neHydro.com, and principal of Thomas Marketing Services Corp. (ThomasBoston.com). A family man, he always has a project going at his log home in the wilds of the deep Boston burbs; most recently he installed a saltwater pool in which he lazily enjoys his 6' "pool boat" as much as time allows.