It’s the official start of summer: how goes your outdoor garden? For me it’s been both wondrous and humbling, with some fun successes and some miserable failures. In short, a real learning experience. And relaxing and fun.

What I’ve Learned (So Far)

Fact is, I’m in awe of how my garden has grown; the many different plant structures and geometries, and even just the mass of green plant life seems almost miraculous. Already I’ve enjoyed mass quantities of the Mescal Mix (arugula, kale, endive, red & green lettuce), Romaine Lettuce, and Spinach; and I’ve developed a real fondness for beet greens. But then there’s my snow peas, now tall and full climbing the twine trellis I fashioned, but not bearing much fruit. And oh my poor sunflowers – deer supper!

My biggest BGO (Blinding Glimpse of the Obvious): outdoor gardening is a lot different than indoor gardening. The biggest difference is loss of control of the environment. And weeds!

I’ve made my share of mistakes. My first was not getting started sooner. My aforementioned snow peas clearly need the cooler temps as does my spinach, which I’ve now cleared and will replant in August. Cucumbers and squashes also need to get into the ground earlier too given their long maturity times.

I also had tried to grow some broccoli and sweet pepper starts indoors, both of which largely failed transplanting: a couple stunted pepper plant starts have started to shoot up along with the two real starts I bought; and I planted broccoli seeds which are really showing promise. So the lesson is either you get seeds in the ground early, or buy good starts. 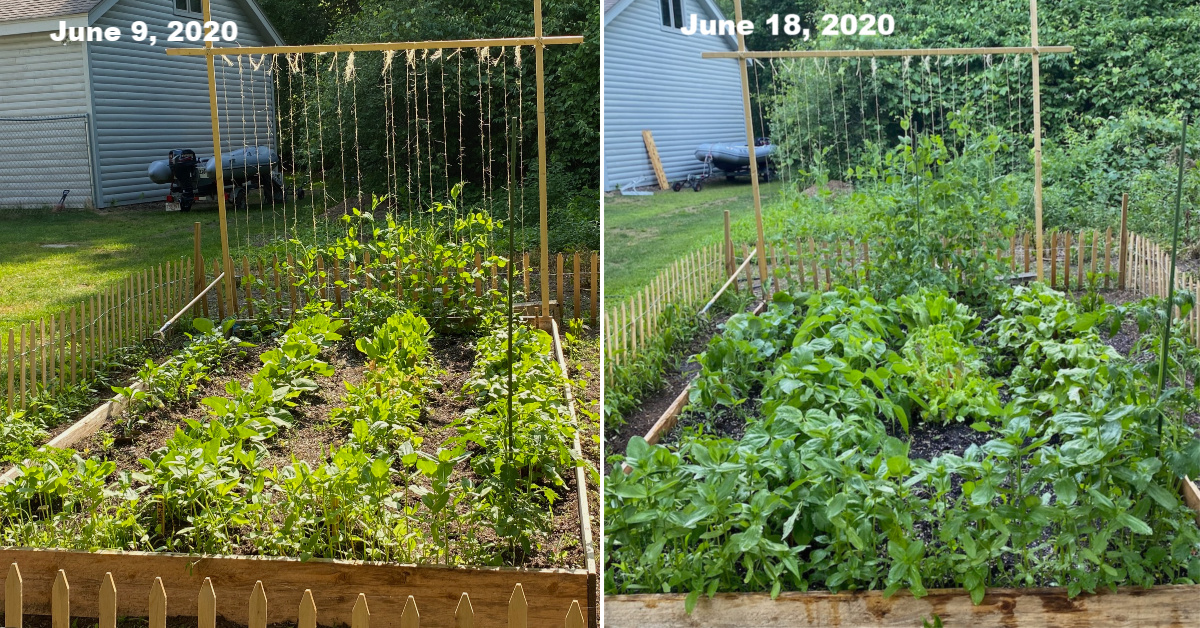 I’ll confess too I’ve been loath to thin out the plants to every the 4-12” suggested on the seed packs. I mean, shouldn’t more beet plants mean more beets? The answer is no. If you don’t thin them out the roots have no room to grow, which is especially limiting for a root plant. Same goes for string beans; the plants have grown larger than I ever imagined, and have become crowded – but have yet to yield anything but leaves.

As to weeding, well, I’ve found a groove I now call 'weeding therapy." Rather than freak out and try to do it all at once, I now do it about 5-10 minutes at a whack and simply enjoy being in the garden -- most often in the evening when I’m watering. Part of the problem too has been weed recognition and knowing what to pull. I’m pretty sure I’ve eaten a few in my salad mix; a couple bites in my first salad were a little bitter, and I’ve learned to look more carefully when washing it for use.

I’ve also monitored soil pH every week by making a slurry of soil and water. I've been gratified to see it has barely moved since my first test; it appears my mix of compost and other soil amendments such as Lobster Quoddy have served me well. I’ve not added anything but my well water and have no plans to feed anything more. Frankly I wouldn’t even consider commercial plant foods which remain in plants long after it’s been fed.

The last big lesson? Even if you have a little fence like mine, plant all flowering plants, such as sunflowers and tomatoes, well inside the closure. That is, far enough away so deer can’t reach their heads over and make the flowers & tops of your plants their supper! I also just found some deer repellant which I applied liberally around garden parameter. 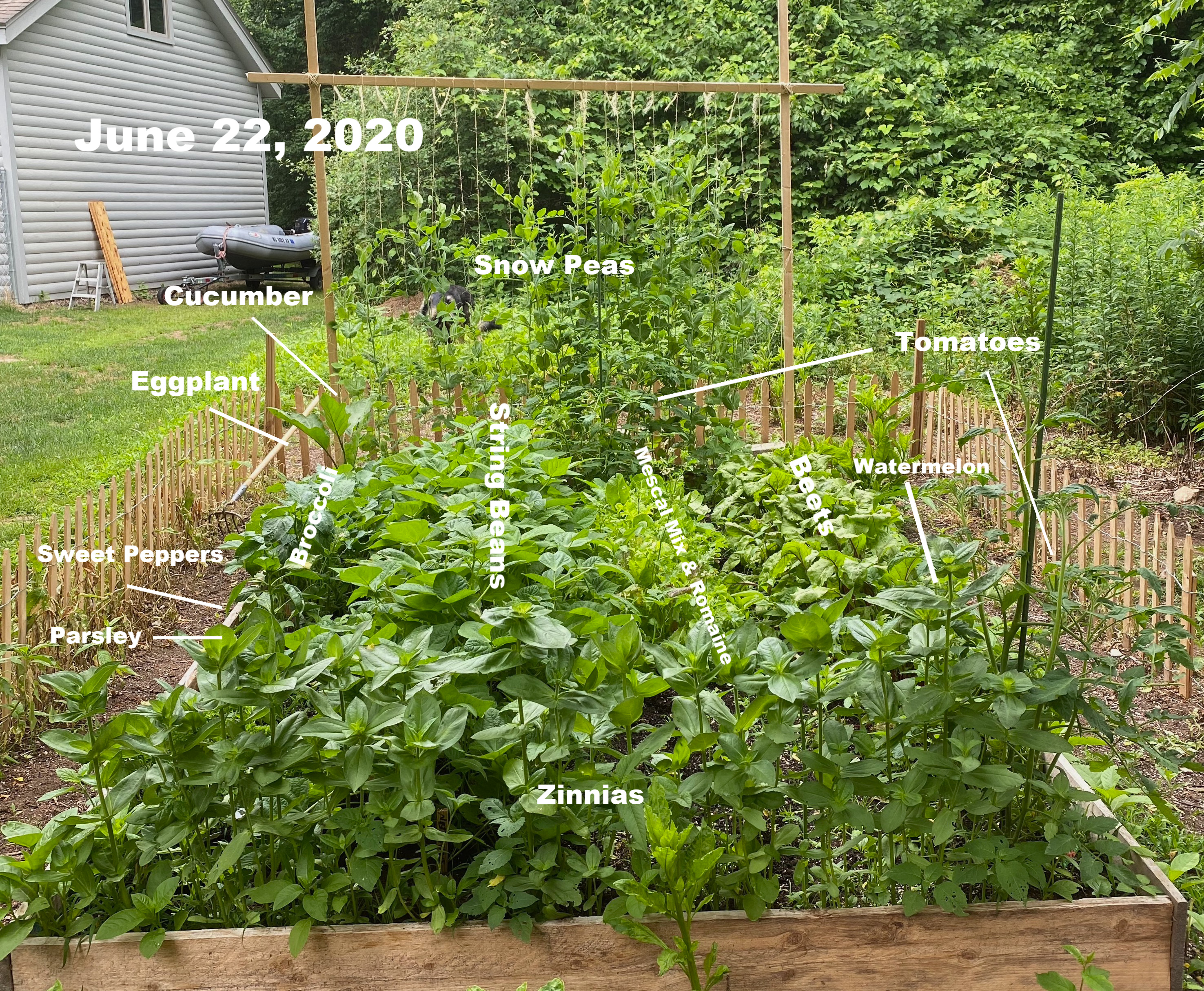 Progress Report: What I Planted

Cucumbers – should have planted earlier or bought starts

Cantaloupe – fail; needed more water than I gave it

Eggplant – growing rapidly; some fruit are beginning to form

Morning Glories – fail; tried to grow with Snow Peas/trellis but got crowded out